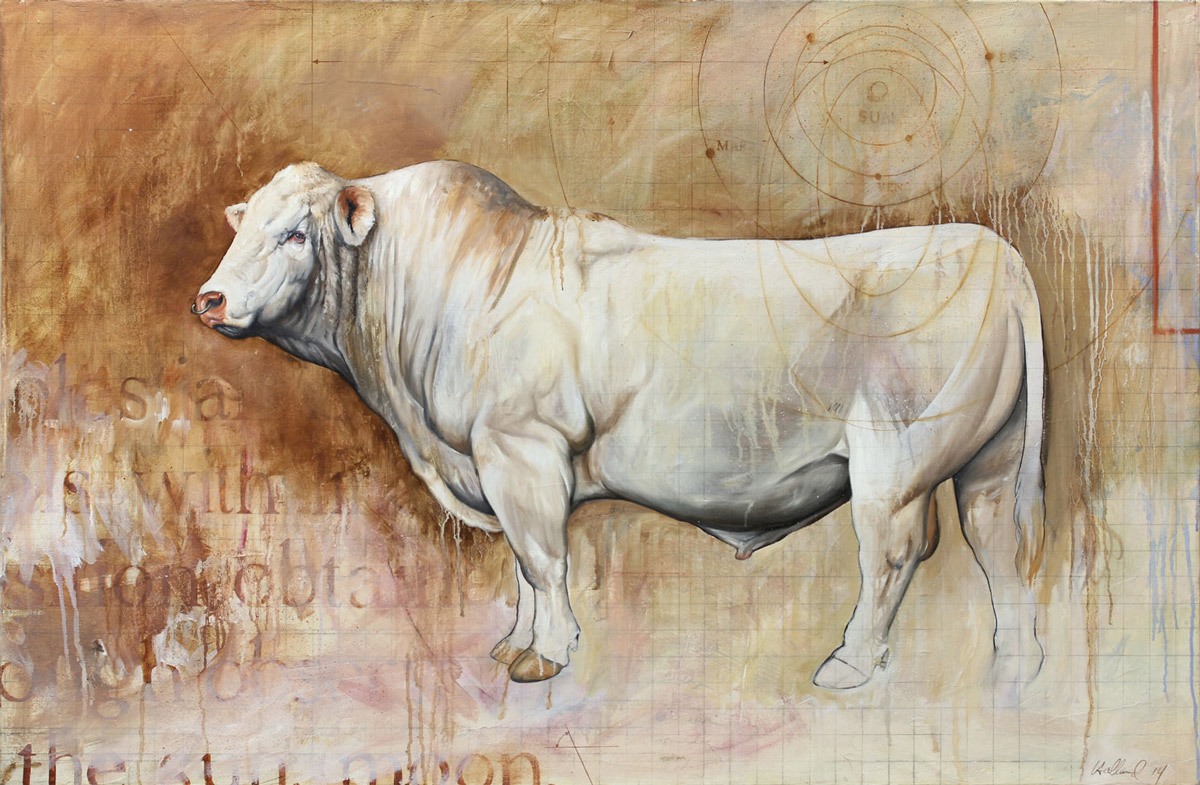 This work can be purchased at Saatchi.com.
Please contact me with any other questions.
Ask a question about this product

Unframed, canvas sides are painted in same color as background.
Painting is wired and ready to hang.
Signed, titled and dated on back.

Having started this painting some time ago, I recently decided to give it a new life and complete it. In the updated version I decided to give it a title that alludes to the Greek/Roman myth, the rape of Europa, and used the Roman name for Zeus (Jupiter). The chart of solar system that overlaps the bull further references mythology with as planets are named after Roman gods in western culture. 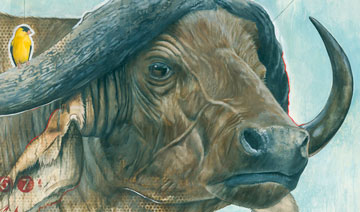 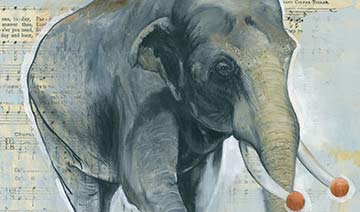