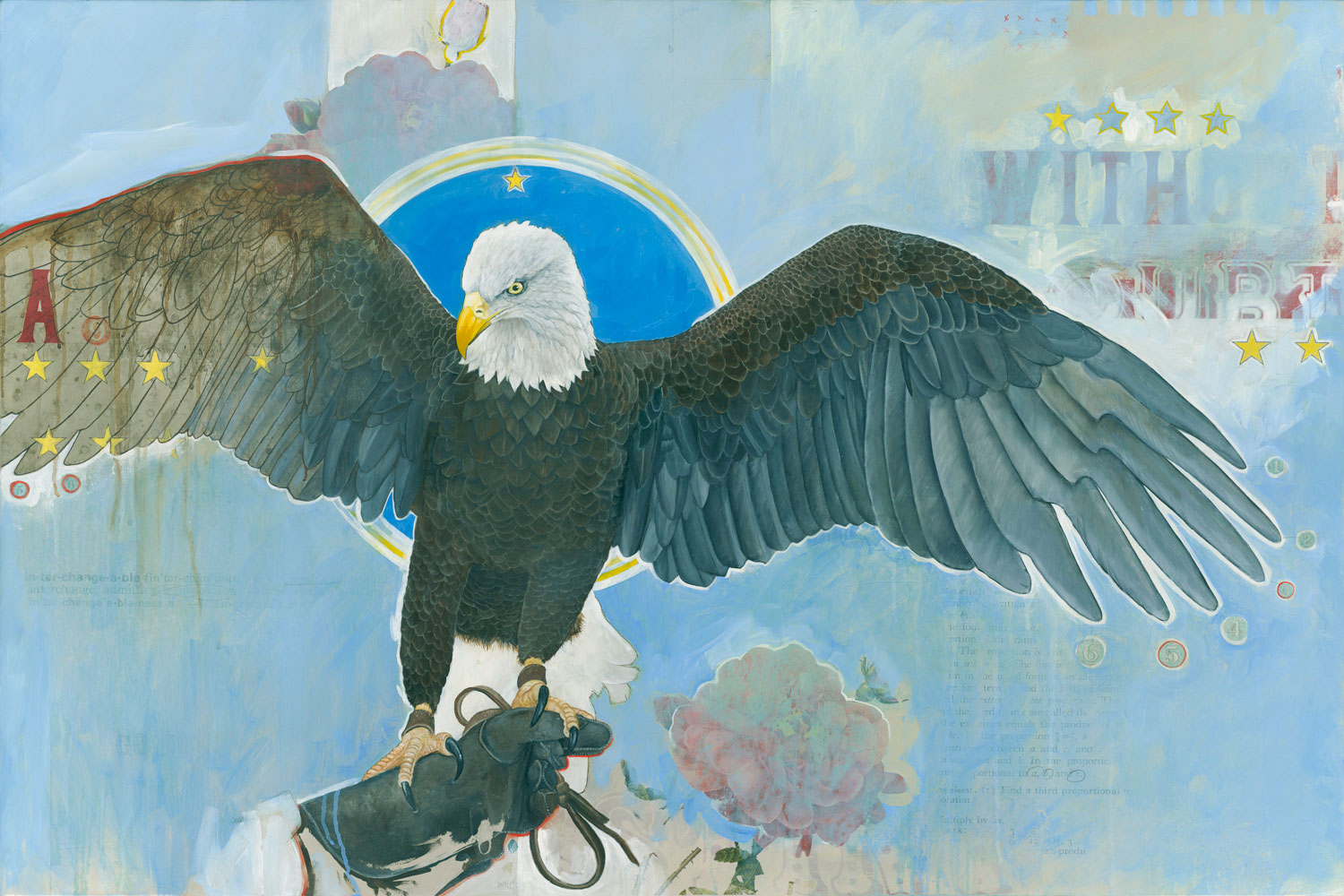 This work can be purchased at Saatchi.com.
Please contact me with any questions.
Ask a question about this product

Unframed, cradled panel sides are finished with clear varnish, for clean contemporary look.
Painting is wired and ready to hang.
Signed, titled and dated on back.

This particular painting was one from around 2014 that I decided to rework. Both the first version and the reworked version play with the idea of the eagle as a symbol, or allegory, for the United States. Beyond that, it's up to the viewer to bring in their own interpretation.