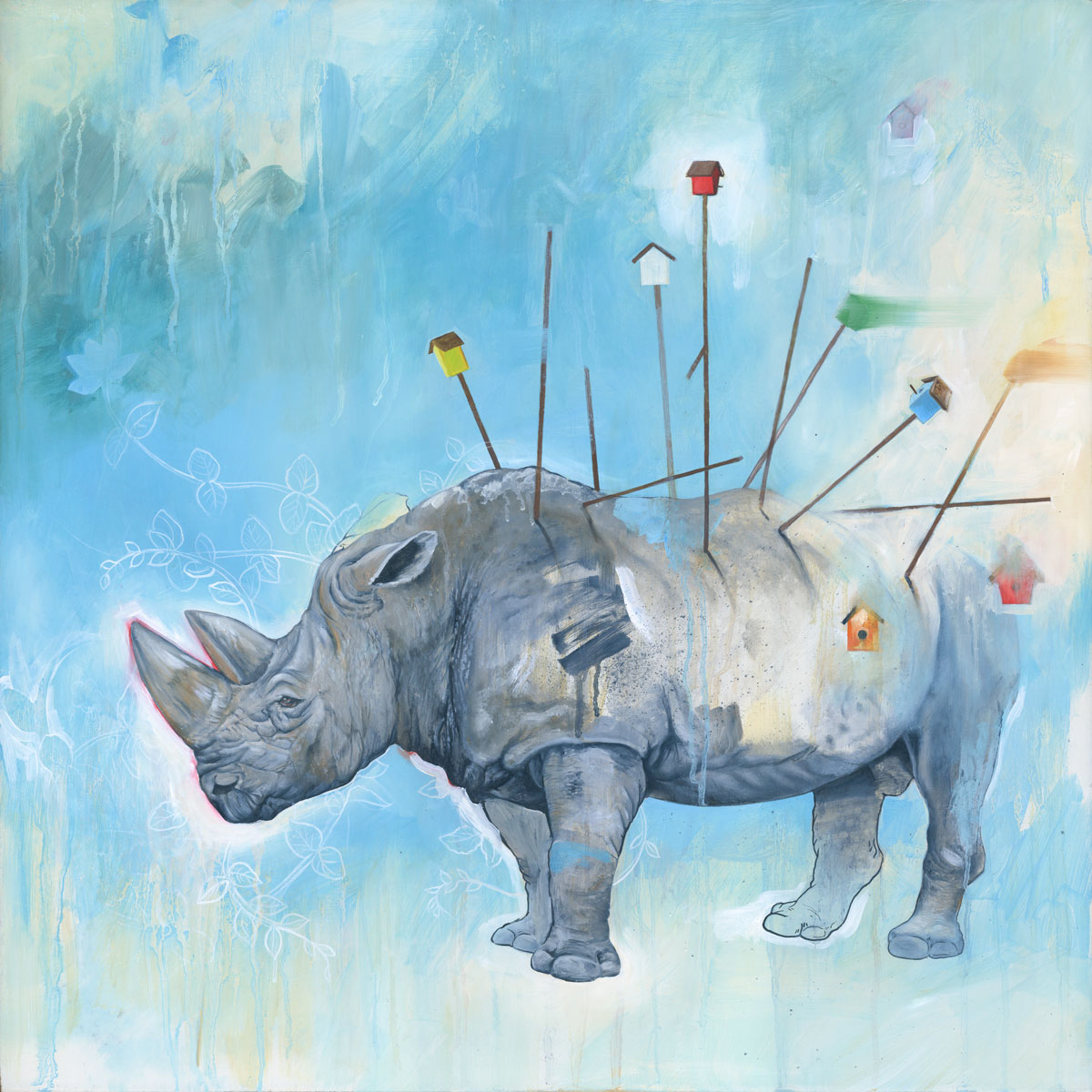 Ask a question about this product

Unframed, cradled panel sides are finished with clear varnish.
Painting is wired and ready to hang.
Signed, titled and dated on back.

Normally one would expect to see birds such as oxpeckers on rhino. My intention was to suggest this replacement as a symbiotic relationship, and further suggesting the empty bird houses hint at a loss of biodiversity. Being man made objects, the houses also represent man's involvement in nature (at timed for good, at times not). As for the bird houses mounted on poles, emerging from the rhino, it seemed like a much stronger way to represent the relationship.