Click here to see the artist statement for this series

Here I began to move back toward more realistic painting techniques that I have employed in the past. Still interested in the aesthetic of weathered billboards, I've continued to build up layers of collage and paint. I also began to work on a series of animal paintings, where the collage techniques often invoke of feeling of old circus ads.

I continue to be obsessed with creating a push and pull between traditional realistic painting techniques and a more modern or graphic design approach that includes decorative motifs, text, pattern, etc. I'm intrigued with the tension created using these two different aesthetics.

My recent work is a mix of painting of painting, collage, found art, image transfer techniques and a variety of other experimentation. My work is influenced by graphic design, vintage art, contemporary art, photography, mythology, and a little bit of science and philosophy.


Recently, I began working on a series of animal paintings based on photos that I'd taken at zoos or museums. These are combined with a combination of collage material to invoke of feeling of old circus ads, weathered billboards, collage, etc. Many of the works also make reference to threats animals face, such as loss of habitat, poaching, or other environmental threats. In my approach I try to be more subtle, to allow the viewer to put the pieces together so to speak.

The underlying current that has connected all my work over the years has been that of exploring contrast, such as natural vs. man-made or illusionistic space vs. flat space.

One of the things that fascinates me most is the idea of exploring relationships through contrasts. Contrasts between man and nature, between line and form, light and dark, formed and unformed, flatness and a sense of depth.

On the two dimensional surface of a painting, there is no real depth of course, merely the illusion of it, created by some skillful use of lights and darks. Contrasted with this illusion is the use of elements that call attention to the reality of the flat surface, such as line work, paint drips, and other 2D elements such as text, dots, decorative scroll work, etc. I very much enjoy the tension created between these two opposing ideas. I go about creating the sense of illusion or depth in a painting, then go about trying to flatten it, to call the illusion into question, to call attention to the fact that its a painting.

When beginning new painting, I either start with little more than a surface that has some collage material built up on it or with a photo I’ve taken. Its pretty rare that I have any kind of finished painting in mind when I start. Now and then, this way of working can be problematic, with misdirections, wrong turns, and bad ideas. However, new ideas can come both from these mis-steps and in the process of allowing the painting to have a life of its own, so to speak, and help shape the direction its meant to go. Most of these ideas would have never happened by my attempt at planning everything out at the onset. I also build up paintings in layers, usually with oil paints. Because of the drying time, its simply a practical matter to work on multiple paintings at one time, typically I’m working on 10+ paintings in various states at any given time. Working on multiple paintings is also helpful, as the paintings sort of talk to each other, and at times ideas flow back and forth between paintings. Something that I’m experimenting on in a new painting might be the solution for a painting I’ve had on my wall for a month or more.

For me, there is something magical, even alchemical about the process of painting, about taking a base, raw material; paint, and transforming it into something else, something that has beauty, something that can make a statement or evoke emotions or feelings in a person who sees it. Often when time I paint, and the form starts to build and take shape, and then an eye appears and stares back at me, its really a remarkable sensation, as though I’m bringing something to life. 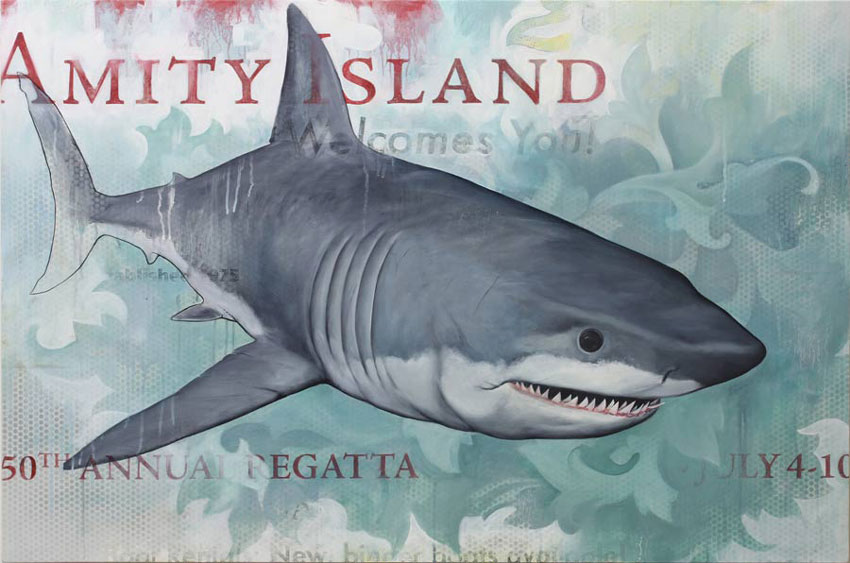 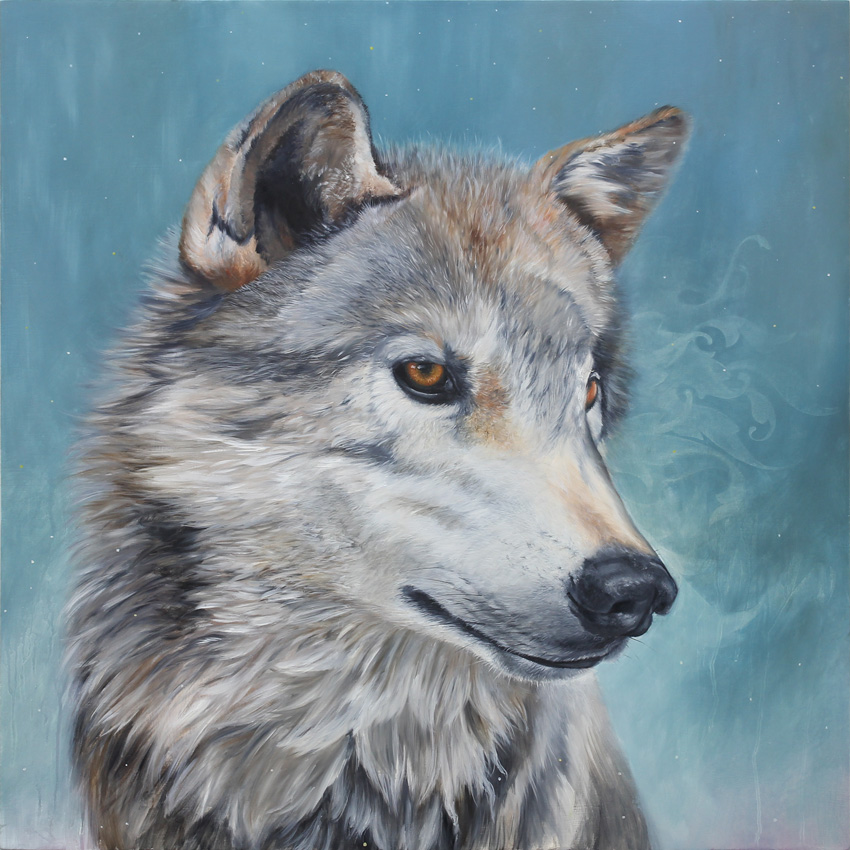 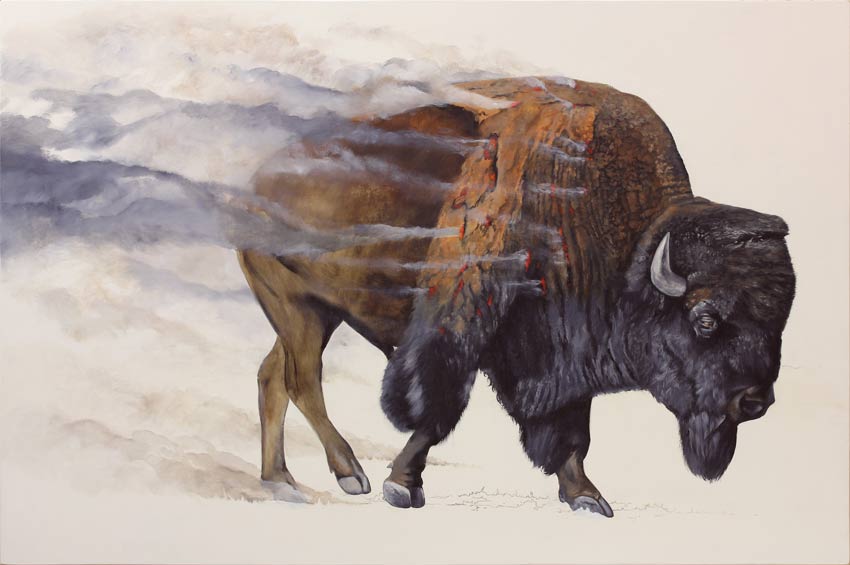 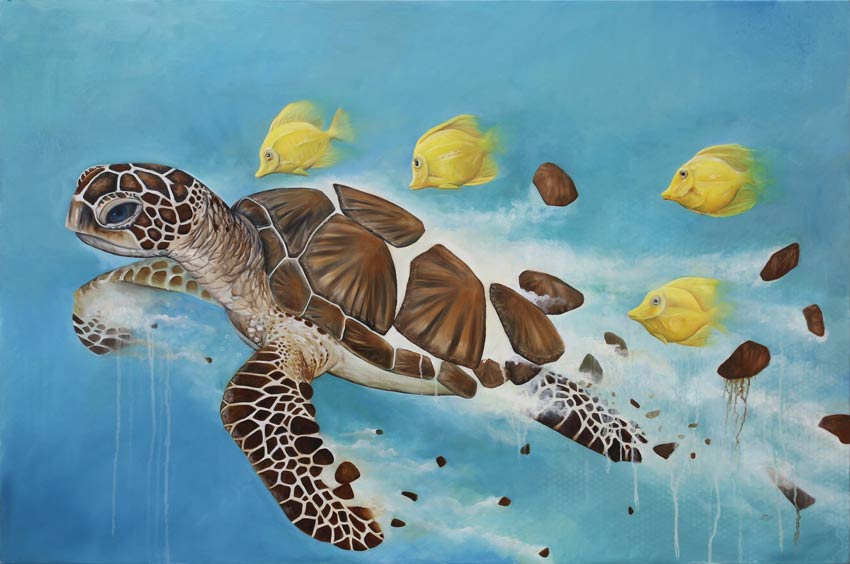 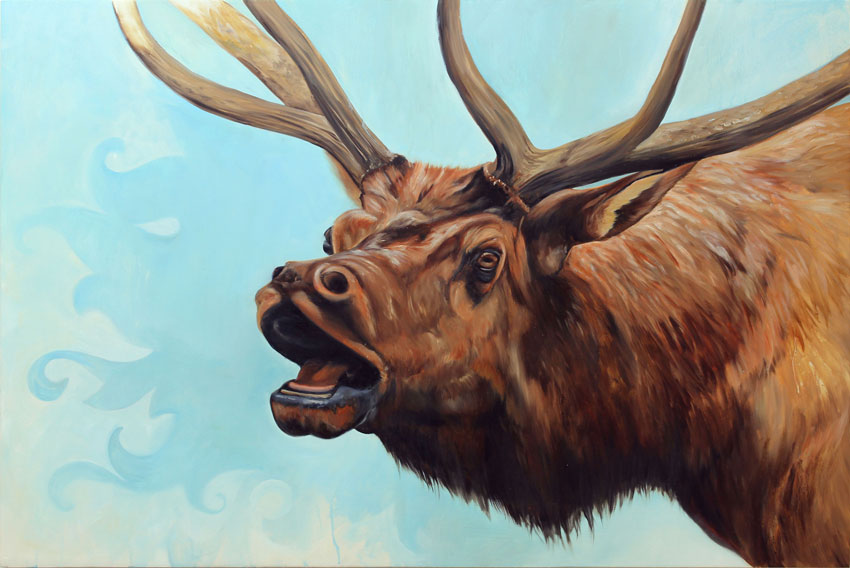 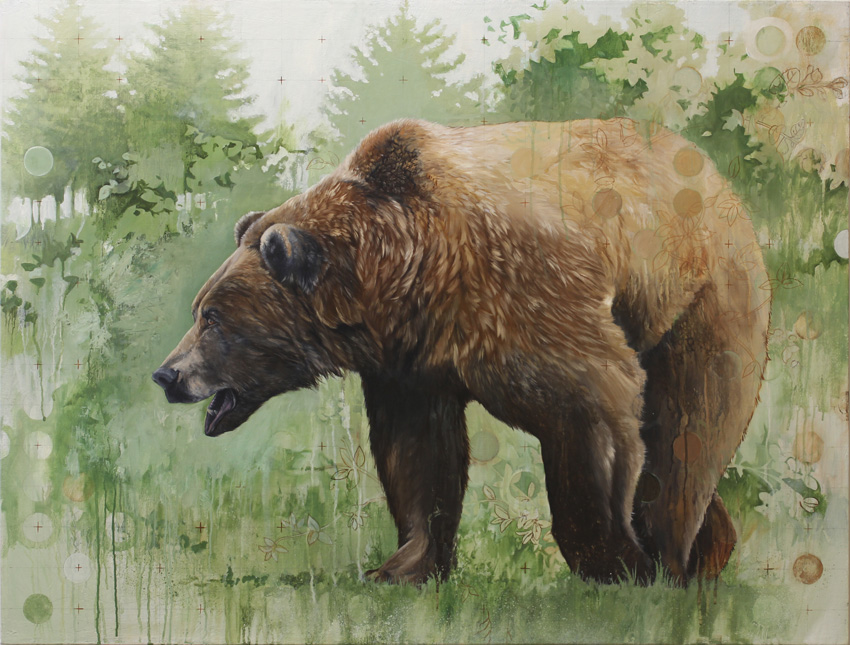 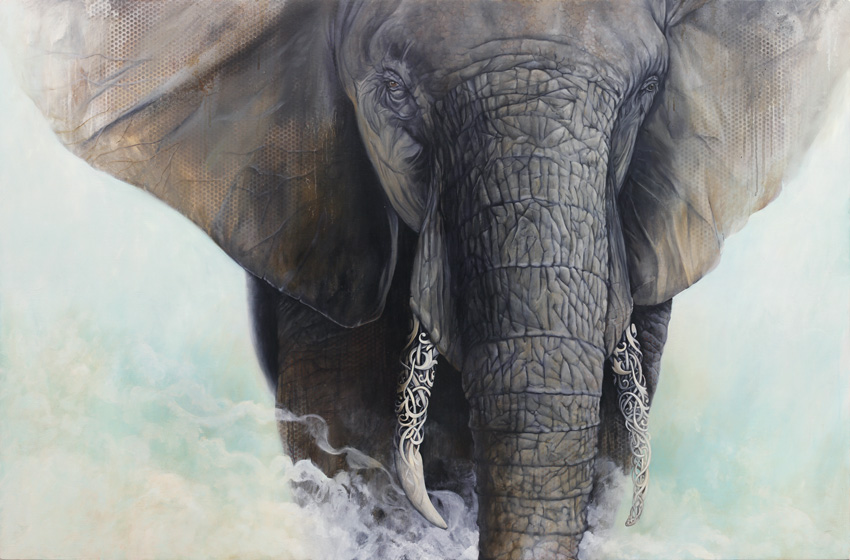 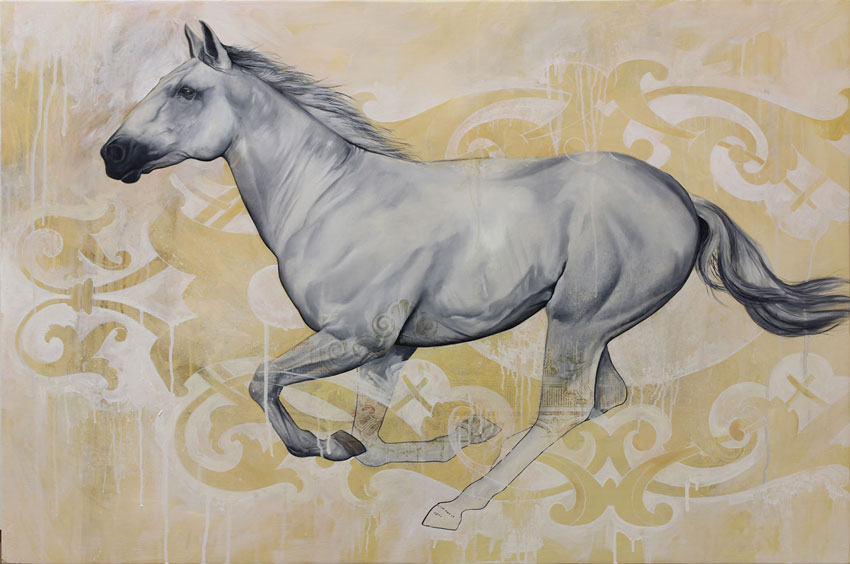 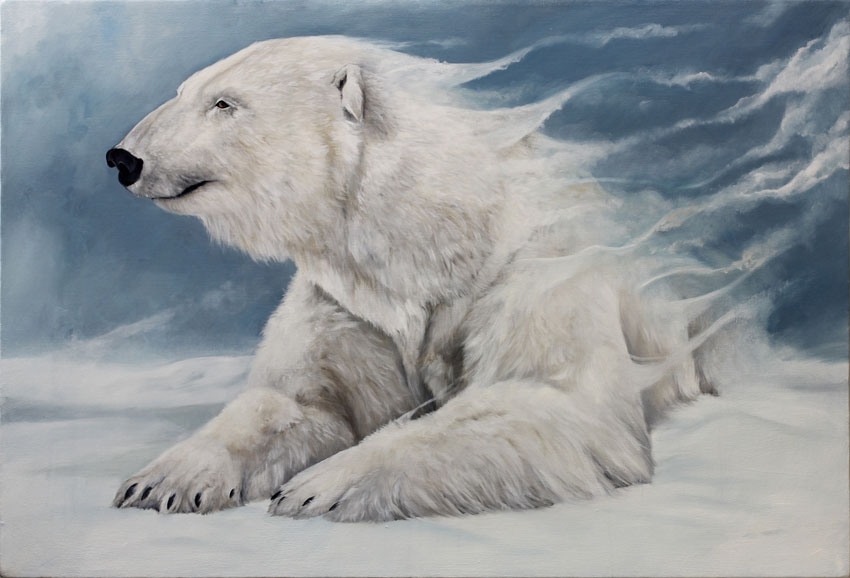 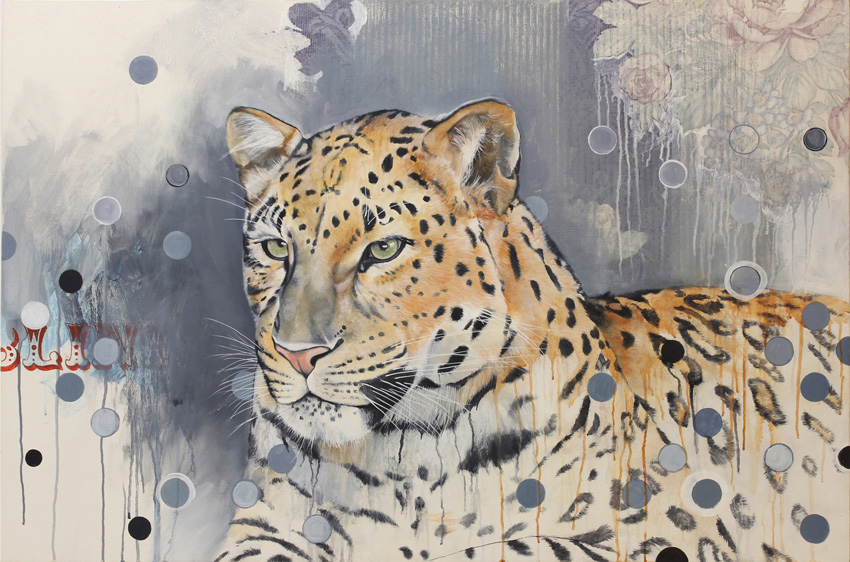 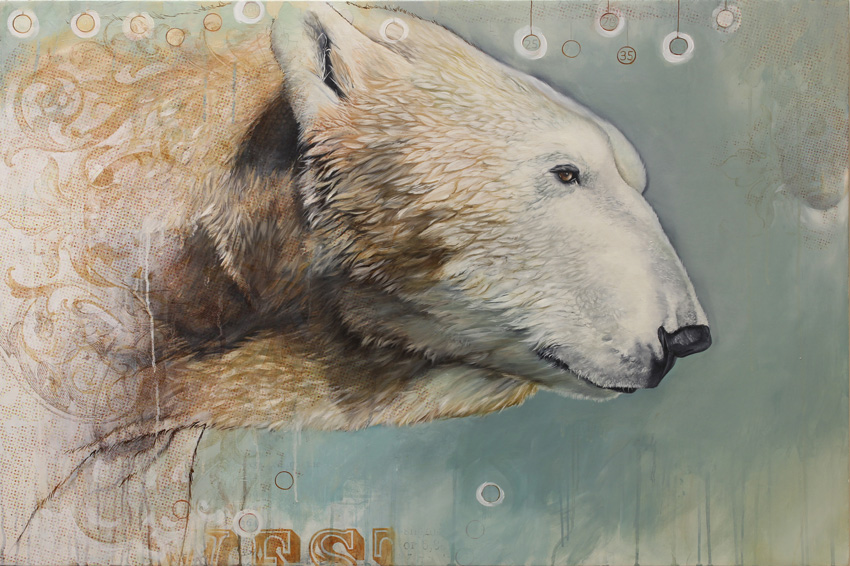 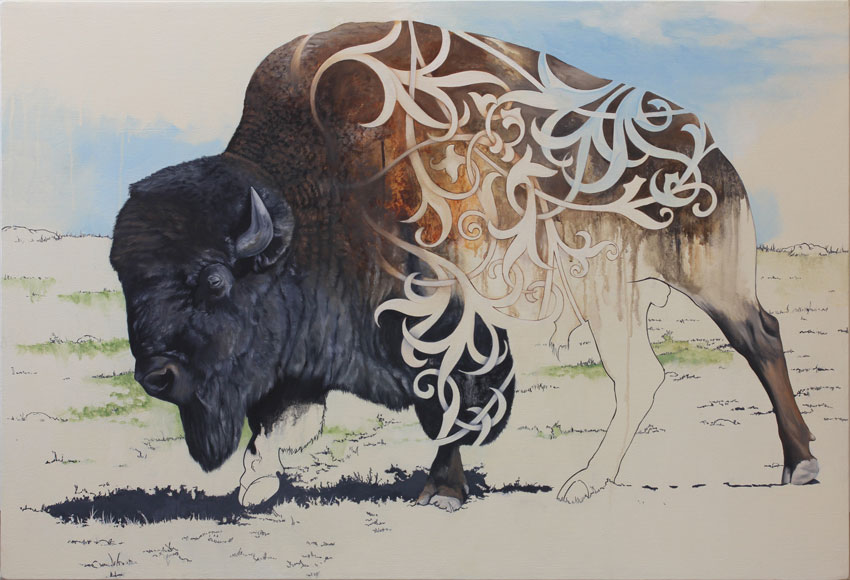 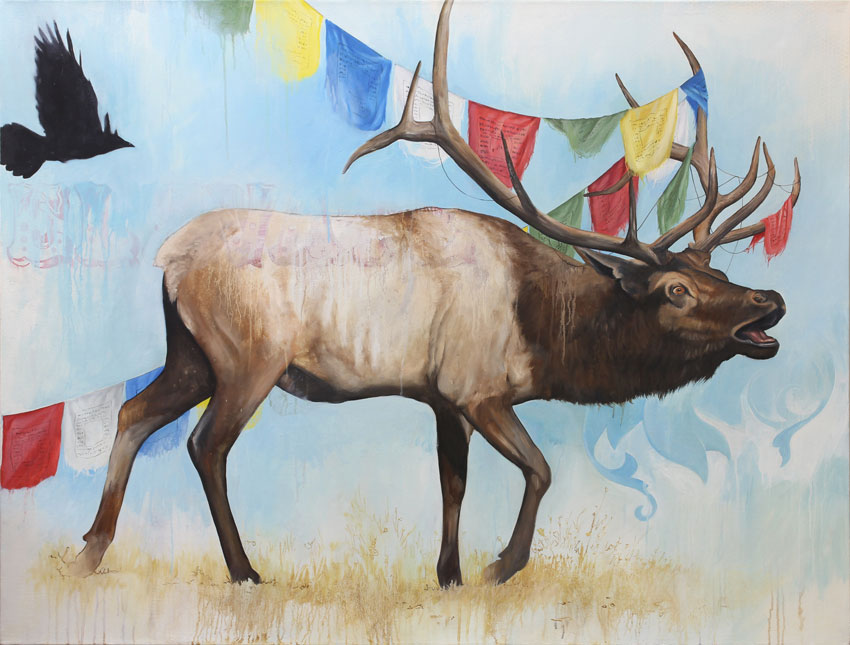 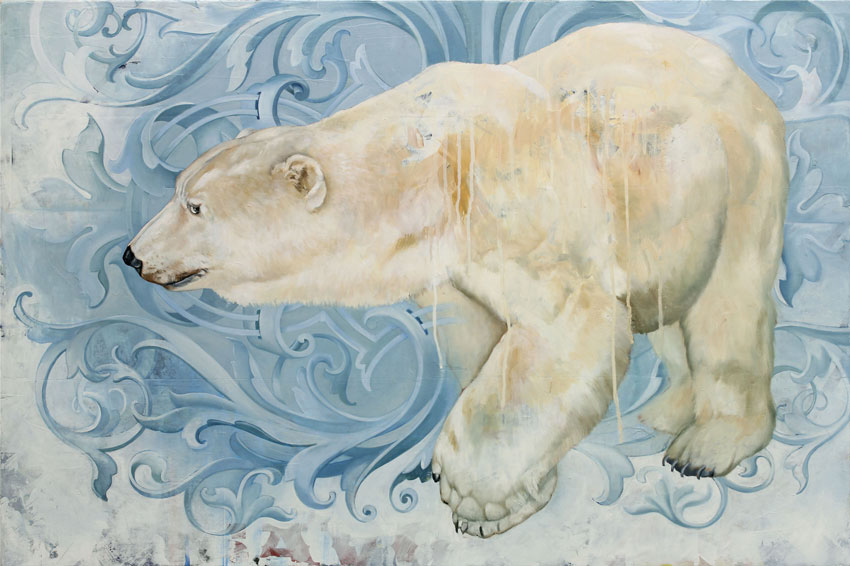 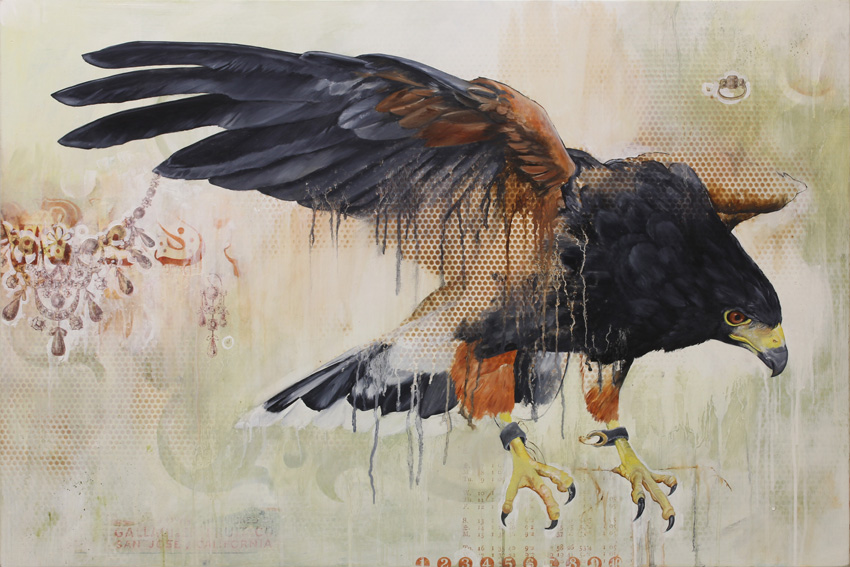 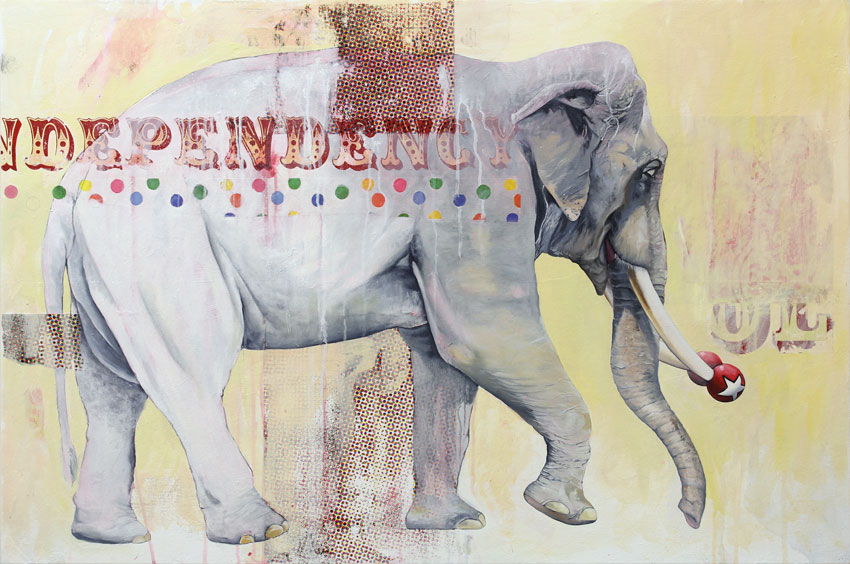 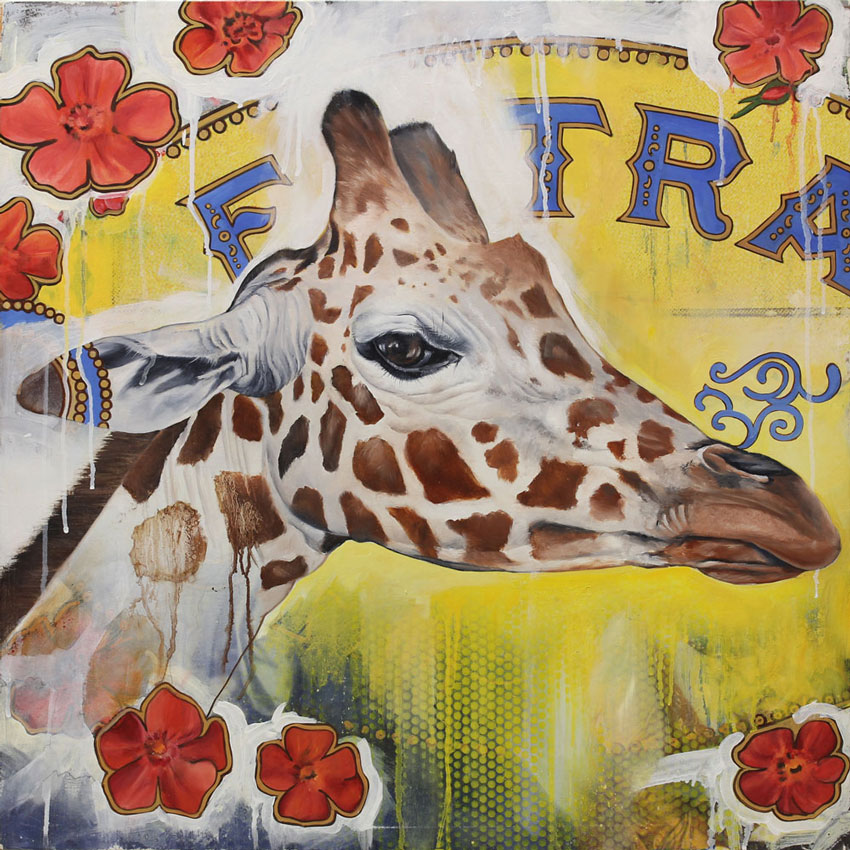